Macy’s stock was among those making the biggest moves in the premarket Wednesday morning. America’s number one department store ($24 billion in 2019 sales) rallied around 2.75% by midday to $7.20 a share.

Meanwhile, the S&P 500 Index extended its record to 3,557 with a gain of around 0.9%. Why was Macy’s stock rallying ahead of the benchmark before turning back? 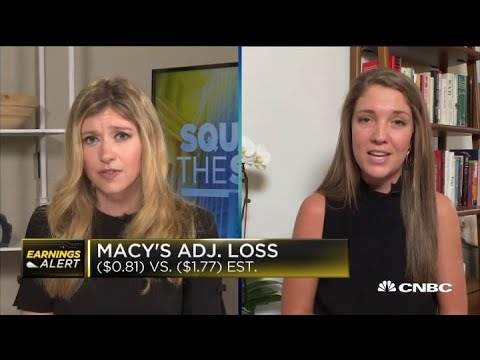 Retail today has been disrupted. And while that disruption creates challenges, it also holds opportunity. With many competitors closing or struggling, we see the potential to bring new customers into our brands and gain market share.

The retailer reported stiff losses in the second quarter. Macy’s confirmed Wednesday that its store closings would move forward. About 125 locations, making up around one-fifth of its stores, will close over the next few years.

Yet shares of the embattled retailer surged ahead of the index that gave it the boot on Apr 1 to make room for an air conditioning company. It was no April Fool’s joke. S&P Dow Jones Indices said in a statement:

What was it about Wednesday’s earnings call that gave Macy’s stock more verve than the S&P 500? 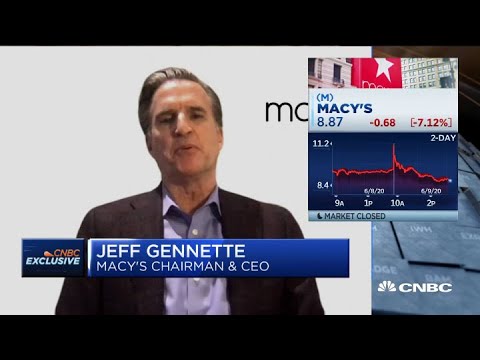 Despite losing $431 million, or $1.39 a share, CNBC’s Lauren Thomas pointed to unexpectedly strong growth in online sales for the rally. But it’s interesting that Macy’s bulls rallied shares 4.9% (from $14.50 to $15.22) last November, the day its third-quarter earnings reported the exact opposite. Thomas then reported the exact flip opposite quarter as the bulls’ grounds for a rally:

And closing down 125 locations doesn’t look like it cuts costs for Jeff Gennette if online is more expensive for Macy’s than brick-and-mortar sales. It seems like a retreat into a market where Macy’s has massive disadvantages and lower profits.

Along with Thomas, MarketWatch’s Tomi Kilgore points to Macy’s lighter-than-expected losses for the morning’s market gains. But if markets had already priced in the losses, why did they leave out the pricing in an increase to online sales?

They already knew online sales would grow during these last few months. The stock market made enormous, correct bets on that this year, with Amazon, Zoom, and maybe even Tesla.

The bulls sure wear rose-tinted glasses on this one. Maybe some of these New York financiers are attached to this stock.