John Cusack is back from the dead.

He was in the graveyard of celebrities that killed their careers. Now he’s returned in a promising attempt to save his career, in Amazon‘s new series, “Utopia.”

Is Cusack proof that Hollywood will easily forget celebrity’s worst moments and welcome back anyone that’s “canceled”?

“Utopia” will be based on the British show, and will see Cusack play billionaire Dr. Kevin Christie, who’s trying to solve the world’s most pressing problems like climate change and world hunger. Ironically, it takes place during a pandemic.

But Christie is not like ordinary billionaires; he actually wants to make the world a better place. He sounds like a character Cusack would play.

A recent interview around the utopia release ⬇️https://t.co/qg4rOL3Bi1

Cusack is known for championing freedom of speech and even helped start the Freedom of the Press Foundation, so they both have the savior complex in common.

What John Cusack Thinks About His Industry 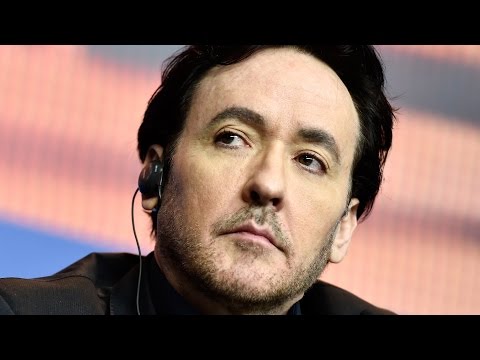 He also said that Hollywood’s treatment of kids has changed since he started working in the business as a kid.

People would look after you when I was a kid. There were good people in the business– Now it’s different. The culture just eats young actors up and spits them out. It’s a hard thing to survive without finding safe harbour.

Why wouldn’t you have contempt for the movie business?. It sucks most of the time.

Then in 2012, he addressed the fact that he wasn’t getting roles. I wonder why.

I’m still here, desperately groping in the dark. Increasingly, I feel it’s about just trying to remain relevant enough to do good work. Sometimes I think I’m in control, but more and more I realize that it’s just a complete farce. It’s true, it used to be that if you did a big, big movie then you could leverage it and make some smaller, cooler ones, and I got away with that for a few years. But now, they just want you to put on tights – if you don’t put on the tights, they just want to get rid of you. And I’m not putting on the tights, so you know…”

Even though nobody actually ‘canceled’ him, these comments didn’t help his cause.

Should He Be Welcomed Back?

It’s okay if he doesn’t want to be the next Captain America. What isn’t okay is that he can say these things about Hollywood and then waltz back onto a high-quality show.

We can’t forget that this is also the man who tweeted a picture of the Star of David pushing down on a crowd of people with a quote from a neo-Nazi and then blamed a “bot” for posting it.

Hollywood might jump on the bandwagon of ‘cancel culture,’ but it will also continue to hire people like John Cusack, who has said and done some stupid things. Dan Harmon is another example. But, as we know, Hollywood is a rat race.