According to a historical indicator that evaluates average investor portfolio allocation, the S&P 500 might underperform for ten years. Coincidentally, billionaires are turning cautious towards the trend of tech stocks.

The S&P 500 has declined by 6.08% in the past month, struggling with other tech-heavy indices. Growing predictions of a stagnant trend put the U.S. stock market’s long-term trajectory at risk.

Analysts are not hinting at a near-term correction in the S&P 500. They are seeing a potential slump over the long run, possibly in the next ten years.

A widely recognized indicator created by the pseudonymous founder of Philosophical Economics is predicting a 1.9% annualized return.

The subpar return is not for the next year or two. According to MarketWatch’s Mark Hulbert, that return could average out over the next date.

“It consists only of a simple ratio between two numbers that can easily be calculated in FRED.  Yet, as a predictor of future stock market returns, it dramatically outperforms all other stock market valuation metrics commonly cited.”

Given that the S&P 500 has returned a 10% annualized gain throughout history, the indicator paints a severely gloomy outlook.

Over the past two weeks, many strategists have floated the possibility of a slow stock market in the coming years.

The stock market’s primary driver since March has been near-zero interest rates and the Federal Reserve’s aggressive policies. The combination of the two factors led the global liquidity to surge, causing a stock market uptrend.

But, in the longer-term, strategists are expecting the optimistic sentiment to subside.

Some top investment banks still expect the U.S. stock market to enter a bull market. Watch the video below: 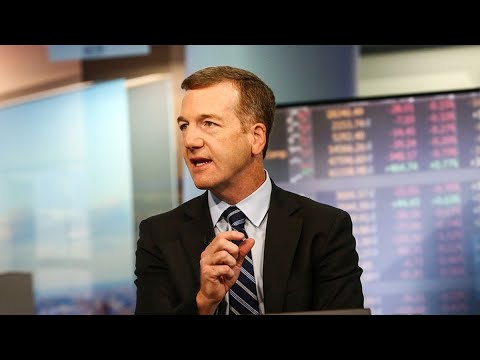 At the FT’s U.S. Pharma and Biotech Conference, Moderna CEO Stéphane Bancel said its COVID-19 vaccine would not be ready before the election.

The projection of an S&P 500 bull market in the fourth quarter mostly revolved around the expectations of vaccines.

Without vaccines by the year’s end, the U.S. economy would struggle to reopen at full capacity. That would place additional pressure on the U.S. dollar.

The presidential election is set to take place on November 3. According to Bancel, Moderna would be on track to file with the Food and Drug Administration (FDA) by November 25. He said:

“November 25 is the time we will have enough safety data to be able to put into an EUA [emergency use authorisation] file that we would send to the FDA — assuming that the safety data is good, ie a vaccine is deemed to be safe.”

The confluence of a degraded long-term S&P 500 outlook and the declining probability of vaccines raise the chances of a stock market slump.

Disclaimer: This article represents the author’s opinion and should not be considered investment or trading advice from CCN.com. Unless otherwise noted, the author has no position in any of the securities mentioned.