Nintendo revealed the latest addition to Super Smash Bros Ultimate today, and it broke the internet. Steve and Alex from Minecraft will soon be playable in Nintendo’s brawler franchise.

When the news came out, Twitter actually went down for a few minutes.

How Minecraft Broke the Internet

Minecraft taking down Twitter is a pretty big deal. The last time that this happened was back in 2009 when Micheal Jackson died. To have the same thing happen because a character was revealed for a video game is honestly quite surprising.

Then again, Minecraft is easily one of the biggest games of all time, having sold over 200 million copies. With a family-friendly fighting game like Smash Bros Ultimate added to the mix, maybe breaking the internet was inevitable.

While some were overjoyed at the addition, others took a more cynical outlook. Some gamers on Twitter expressed utter disbelief at the inclusion. Once again, the lack of Waluigi appears to have been a significant concern for many.

Most people upset with the choice just wanted their own personal pick to be included. No matter who Nintendo chooses to add to Smash, there will be plenty of people upset about it because the character they wanted was passed over.

Check out the Minecraft character reveal for yourself in the video below. The reveal is well done, and Steve and Alex both have mass appeal. Despite this, no one will shut up about Waluigi and The Master Chief. 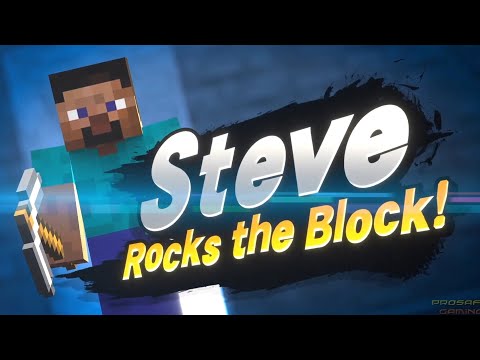 Minecraft Was a Great Choice

I think that this inclusion was one of the best choices Nintendo and Microsoft could have made. Minecraft is an immensely popular franchise, so it will bring in lots of players to Smash. Not only that but from Twitter, it seems likely that players are going to jump back into Minecraft after today.

It’s also nice to see a character like Steve in a fighting game. Not only does his fighting style look like a hell of a lot of fun to play, but just having a character from a game initially scripted in Java being bought into a full triple-A game is a stunning achievement.

Minecraft may have once been an indie sensation, but these days it’s a more prominent IP than most of the other characters in Smash Bros. People who are mad about the inclusion have forgotten that children actually play Smash and that Nintendo isn’t there to please them personally.

I look forward to the next torrent of hate that comes when Nintendo fails to add Waliuigi again next time.