The dislike that both Meghan Markle and Prince Harry have for the British press is well known.

Hell, Meghan’s court battle with Associated Newspapers looks set to be one of the few entertaining aspects of the upcoming Christmas and new year period in the UK.

The question is, does the couple actually now need the British media more than ever?

Despite the protestations of the infamous Sussex Squad, the truth is that Meghan Markle and Prince Harry are only big fish in a small UK-shaped pond.

But when they moved their brand circus to America, they became just another couple of slightly dysfunctional attention-seeking types among a sea of similar celebrities peddling their wares.

Not only that, but they moved to California, where most of these pathetic types choose to call home. So now, they’re being seen for what they actually are: a washed-up ex-actress who never quite hit the heights she hoped, and a guy who’s most significant selling point is that he’s sixth in line to the British throne and had a cultural icon for a mother.

I think that even the US audience, which has a passing interest in the British Monarchy at best, is now starting to realize that it’s the wrong brother they have living among them.

The pandemic has killed any momentum the couple once had

While there may have been some buzz around Meghan Markle and “simply” Harry when they first made their decision to walk away from their responsibilities for a life of celebrity and cashing-in on royal titles, it’s pretty much died out now.

Perez Hilton is something of an authority on celebrities, and speaking to Good Morning Britain, had this to say:

I think the pandemic has been awful for so many people but also for their celebrity. Personally, I am much less invested in Meghan Markle and Prince Harry and all that drama right now than I was in January when their departure made worldwide news. Of course, we still care about them, she’s American, they’re living in Santa Barbara. But in America, at least there isn’t that fascination that existed with the two of them just eight, nine months ago.

Ouch. That’s not the kind of talk that’s going to pay the mortgage on the mansion, is it? 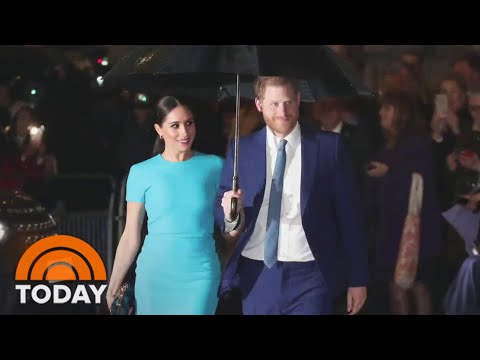 The truth is, the Sussexes need the British press in order to remain relevant.

They’re seen as nothing more than a minor sideshow in America, that much is clear.

And if the couple is honest, they know deep down that without the British media’s intense scrutiny, there would be no Netflix deal and no interest in speaking engagements.

In my opinion, Meghan Markle knows this to be the case, which is why we still get unnamed “sources” dropping little nuggets of information to the British press.

While both she and Harry may not want the media photographing them from a drone, they don’t want to be ignored either.

Meghan Markle and Prince Harry offer nothing of value. They’re among that strange group of people we have in this social media-driven era who are famous for being famous.

Media attention is like oxygen to them, and while they may try their best to control the narrative, they don’t want it to disappear entirely.