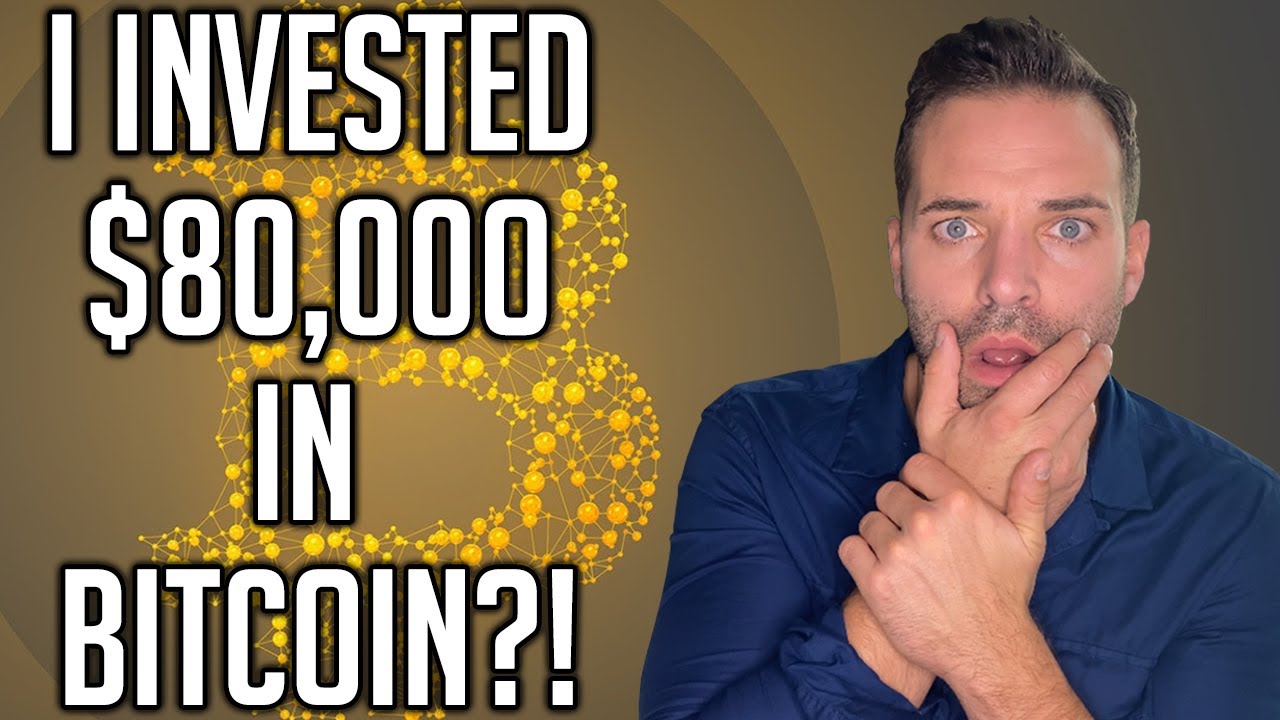 Investing
Share on Facebook
Share on Twitter
Share on Pinterest
Share on LinkedIn
I wanted to make a video on why. Ijust invested $80,000 in Bitcoin. In this video we are going to look at my experience with bitcoin, examine what bitcoin is, and I’ll give you my thoughts on where I believe it’s going as well as why I invested $80,000 very recently into this! Enjoy! Add me on Instagram: kyleklaus
https://www.instagram.com/kyleklaus/

Start investing with Acorns today! Get $5 FREE when you use my invite link: XKRJSS https://acorns.com/invite/XKRJSS

Here’s a chart of bitcoin around that time going into the holidays from 2017-2018 where it rose from about $1000 per bitcoin earlier that year to an extraordinary price of $20,000 per bitcoin before the bubble burst and it crashed all the way down to about $7000 per coin.
https://www.investopedia.com/news/bitcoin-faces-death-cross-chart-pattern/.

So quickly: what is bitcoin?
On august 2008 the domain bitcoin.org was registered.

The value of the first bitcoin transactions were negotiated by individuals on the bitcoin forum with one notable transaction of 10,000 BTC used to indirectly purchase two pizzas delivered by Papa John’s.[14]
This would equate to about $130million dollars in todays $13,000 per bitcoin price.

It’s definition, according to wikepedia is:
Bitcoin is a cryptocurrency, a digital asset designed to work as a medium of exchange that uses cryptography to control its creation and management, rather than relying on central authorities.[1] It was invented and implemented by the presumed pseudonymous Satoshi Nakamoto, who integrated many existing ideas from the cypherpunk community. Over the course of bitcoin’s history, it has undergone rapid growth to become a significant currency both on- and offline. From the mid 2010s, some businesses began accepting bitcoin in addition to traditional currencies.[2]
https://en.wikipedia.org/wiki/History_of_bitcoin#2017

Where is bitcoin going now and why did I invest a total amount sum of $80,000

I had about $50,000 in total invested up to about a week ago. I think on average I had gotten my avg cost down to under $10,000 per bitcoin. There was a new drop this year down to around $3,500 as the stock market crashed earlier in March however it quickly rebounded. There were times it hit $8,500 or so and I would pick up more. I saw that it was on an incline momentum at this point.

On 10/21/2020 something special happened. PayPal announced they were allowing their site to buy, hold, and sell cryptocurrencies. Namely: Bitcoin, Etherium, Bitcoin Cash, and Lightcoin.

They were awarded what was known as a “bit license”. Their CEO Dan Schulman went on record saying the “shift to digital forms of currencies in “inevitable”.

Other articles from Forbes addressing how as the stock market falters the price of bitcoin remains solid:
https://www.forbes.com/sites/christopherbrookins/2020/10/27/as-the-stock-market-withers-bitcoin-remains-solid/#7657004a6e24

More than half of the US investors are interested in Bitcoin according to digital asset manager, Grayscale survey and is well on its way to mainstream adoption
https://www.coindesk.com/more-than-half-of-us-investors-interested-in-bitcoin-grayscale-survey-finds

Even other articles suggesting it’s becoming more of an asset that is rare and to hold rather than tradeable. Sort of crypto’s answer to wine, whisky and watches.
https://decrypt.co/46046/how-bitcoin-became-cryptos-answer-to-wine-whisky-and-watches

And finally in an interview with CNBC on Thursday famous investor Paul Tudor Jones who leads Tudor investment corp, said that he likes Bitcoin more than ever and we are just “in the first inning”. It’s got a long way to go and is one of the best inflation trades. Better than gold which it has been related too lately.
https://www.theblockcrypto.com/linked/82023/paul-tudor-jones-bitcoin-interview

That being said, this is still a very speculative investment.

Thanks for watching, I’m not a financial advisor so don’t sue me if you buy some and loose your money, but I think it is going to continue to rise, especially with how the world economy is going right now. If you do buy some and it goes to a million then feel free to throw me some of that, lol.